As silly as it may seem, Loews Resort's annual dog surf competition is indeed real. These pups aren't just props on a surfboard, they actually DO ride waves.

Held in Imperial Beach, CA, this past week, the judges rate each canine contestant based on endurance and ability to catch a wave. Oh, and tail wagging is apparently pretty important, too. 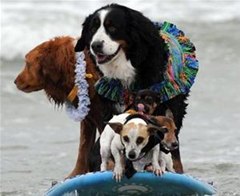 "The popular San Diego area contest, like many of the growing number of dog surfing events being held in southern California each year, is a fundraiser for pet-related charities, said Loews General Manager Kathleen Cochran.

This year proceeds will be donated to the San Diego Police Canine unit. The rules of the contest? Every canine has 10 minutes to catch his or her best wave and will be judged on confidence level, length of ride and overall ability to 'grip it and rip it,; Cochran said.

'I personally look for attire, whether they come dressed seriously with board shorts on, what's going on with their tails, whether they're wagging them or sitting on them,' said Cochran.

'For me that means they're having fun and that's what this is all about.'" 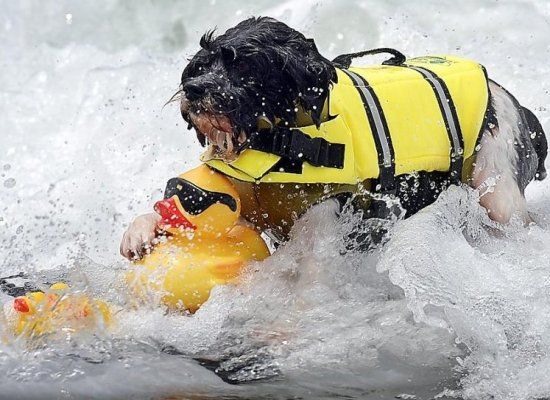 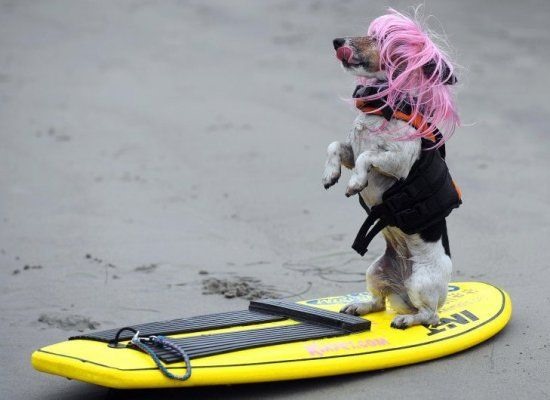 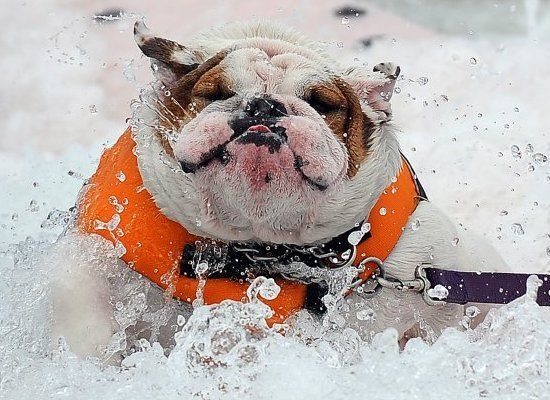 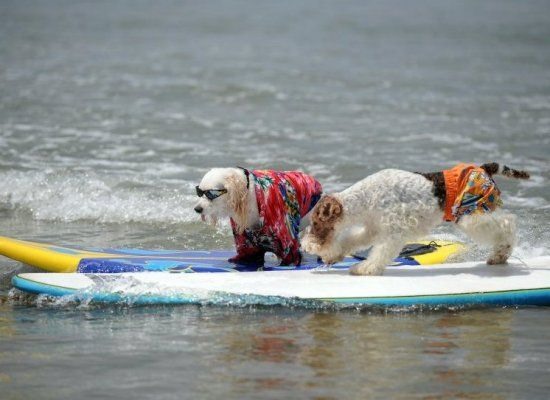 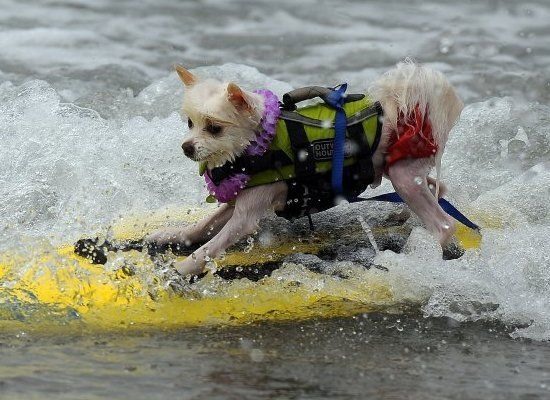 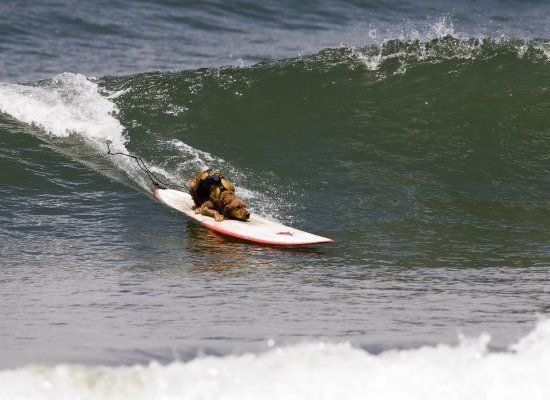 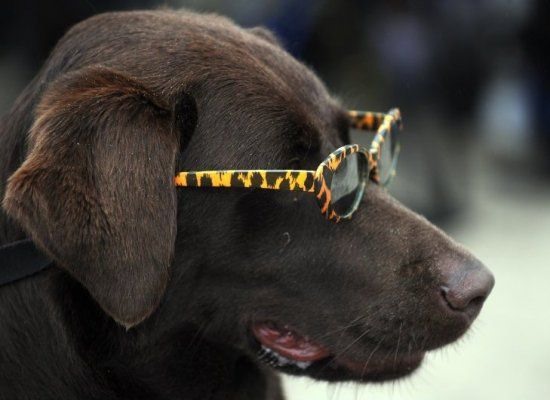 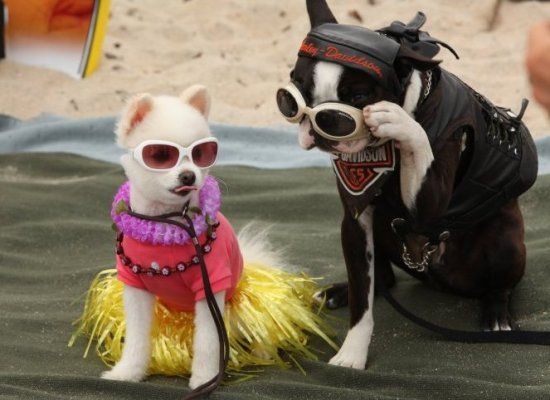 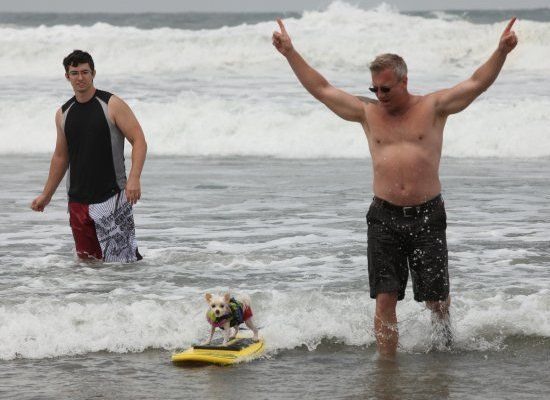 I have to admit I find the last few photos kinda unsettling. If there ever was a truly certifiably sick pet owner...

Want to master Microsoft Excel and take your work-from-home job prospects to the next level? Jump-start your career with our Premium A-to-Z Microsoft Excel Training Bundle from the new Gadget Hacks Shop and get lifetime access to more than 40 hours of Basic to Advanced instruction on functions, formula, tools, and more.

Other worthwhile deals to check out:

Join the Next Reality AR Community

Get the latest in AR — delivered straight to your inbox.